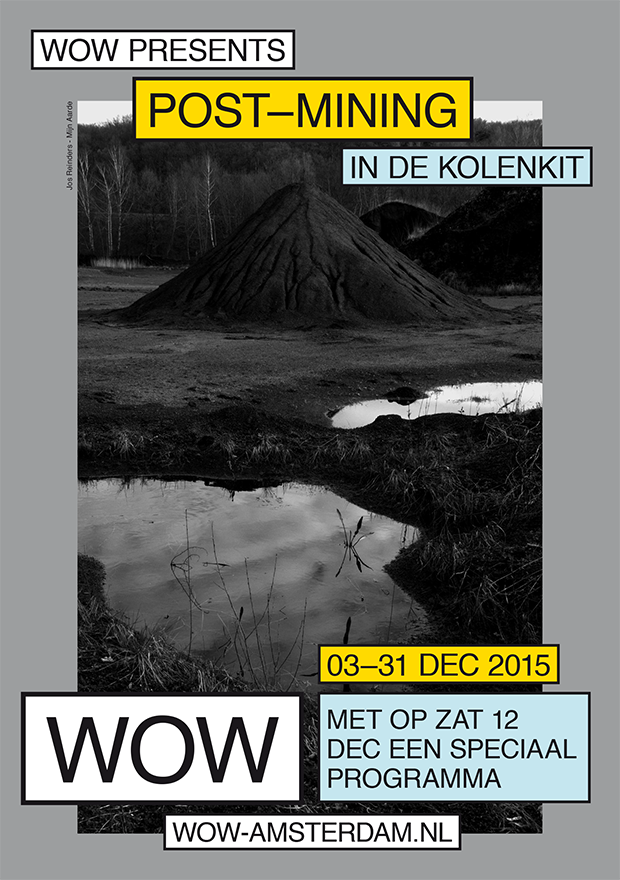 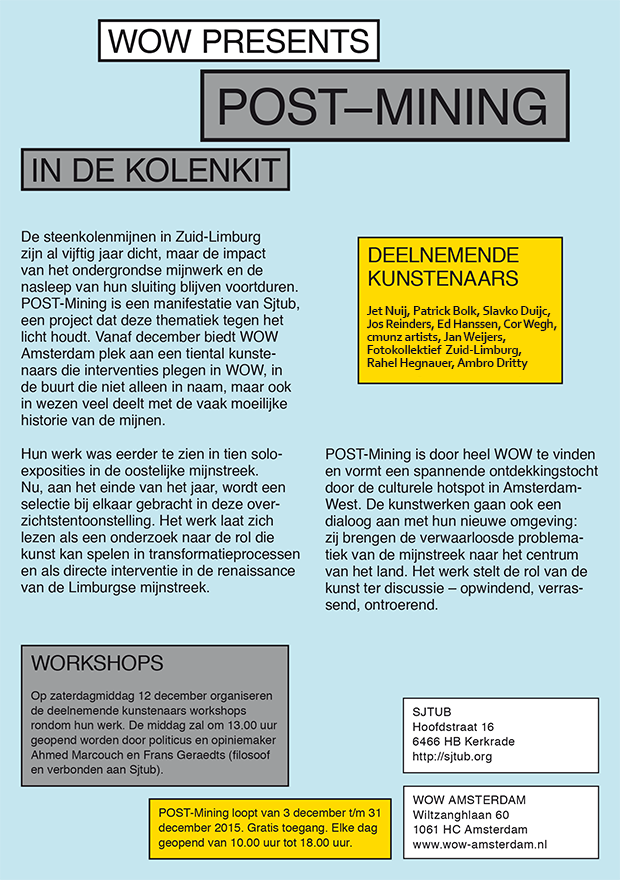 2015 is the Year of the Mines. 50 years have passed since the decision was made to close the Dutch coal mines. 10 local and international artists have made works of art that concern themselves with that history of minework and mine closure.

Their work has previously been shown in 10 solo-expositions in the oostelijke mijnstreek. Now, at the end of the year, selected works are brought together in a restrospective in Amsterdam. The works are an inquiry into the role art can play in processes of transformation as well as direct interventions in the renaissance of the former coal mining region.

The retrospective, POST- Mining, will be held in WOW, the cultural centre of the Kolenkit area in Amsterdam-West, the muslim side of the city. WOW is proud to present this work to the citizen of Amsterdam. The works bring the neglected problematic of the mining region to the centre of the country. The works discuss the role of art. The works are exciting, surprising, moving.

The mining region was (and is) an integration machine for immigrants. So too is Amsterdam West. POST- Mining in WOW is a conversation between peers, out of a shared destiny, from immigrant to immigrant.

link to: POST-mining in WOW amsterdam

This site uses Akismet to reduce spam. Learn how your comment data is processed.